Leadership skills aren’t just tools that CEOs, executives, and managers take out of a box when faced with certain situations. Instead, the greatest leaders see leadership like a muscle that grows when used repeatedly and challenged. For the most part, great leaders aren’t born but made by circumstances and lessons learned along the way. Here are 5 key leadership lessons from the lives of some of history’s greatest figures.

Lesson #1: Appeal to common ideals instead of just pushing back

Even after the US Supreme Court declared segregation illegal, it took many years for some state governments to actually follow the law. Instead of pushing back or raging against states holding African Americans back, the Reverend Martin Luther King Jr decided to appeal to the common ideals Americans held. By urging protesters to remain non-violent while constantly reminding the government of America’s founding ideal that “all men are created equal,” Martin Luther King Jr was able to change hearts and minds.

Likewise, leaders, today can motivate their teams to achieve more by reminding them of their company’s vision and mission. This is especially effective when the company values are common community values or to serve their customers. When leaders embody company ideals and lead by example, it becomes much easier to inspire team members to produce their best.

Lesson #2: Push yourself and your team to go beyond what’s possible

In 256 BC, the Roman Republic found itself in a very tight spot. Their great Mediterranean rival, the Carthaginians, are increasingly threatening the Italian peninsula from Sicily. Up to this point, Rome didn’t have a proper navy. Instead, the Carthaginians ruled the Mediterranean from the Southern end of Spain to the northern and central coasts of Africa.

The Carthaginians were so confident of their naval supremacy that they pretty much wrote off any Roman pushback against Carthaginian naval attacks. They had another thing coming.

Under the command of Roman consul Marcus Atilius, the Roman army practiced naval attacks on land while building ships based on salvaged Carthaginian vessels. When the First Punic War began, Rome was able to punch through Carthaginian naval lines. Why? Roman leaders like Marcus Atilius taught their troops to pick up new skills beyond their expertise. By learning how to row and fight mock sea battles, Roman soldiers were constantly pushed to expand the definition of their job. Thanks to single-minded leadership, the Romans were able to win the First Punic War and take over a large chunk of the Carthaginian territory.

Today’s leaders can learn a lot from Roman consults like Marcus Atilius because the modern business landscape is changing so rapidly due to disruption from new technology. By training team members to focus more on outcomes, teams learn to be flexible, and versatile. They also learn to be open-minded and to expand their thinking beyond their job titles. This enables teams to meet more challenges now and in the future.

In 1929, the 19-year old Albanian Catholic nun, Anjezë Gonxhe Bojaxhiu, arrived in India to teach at a convent in Calcutta. Struck by the suffering of the poorest of the poor in Calcutta, she left her job as a headmistress to provide care for the very sick and dying in the city’s most notorious slum. She began teaching the slum’s children to read by drawing with sticks on the dirt floor of a makeshift school.

Inspired by her selfless giving and genuine love and compassion, a group of volunteers soon formed around Sister Bojaxhiu who then became known as Mother Theresa. Her work in helping the poor overcome adversity and her ability to inspire others to help won her the 1979 Nobel Peace Prize.

Today’s leaders can benefit tremendously from Mother Theresa’s passion. Trusting her intuition to do what’s right and the seemingly impossible. She started with almost no money and resources. She just had her vision and passion to help the poorest of the poor. This was enough to draw a loyal team that made her vision a reality. Leaders need to believe their vision and trust it fully. When team members see their leadership walking their talk, they are more likely to push beyond their limits and achieve common goals faster. This is especially true when team members see leadership attack a seemingly impossible problem again and again with united resolve.

Called an ‘asshole’ on more than one occasion, Steve Jobs could definitely be rough around the edges especially when it came to turning ideas into reality. He drove the Apple Macintosh development team so hard that many team members left the company. Even worse, he ruffled so many feathers during the years leading up to the launch of the Mac that he was eventually fired from Apple by its board of directors. Yes, fired from the company he helped create.

When Apple almost went bankrupt, Steve Jobs was brought back on as an executive when Apple bought his educational computer company, NeXT, for its operating system. Still rough and hard-charging, this time around Jobs led Apple’s transformation from a near-bankrupt Silicon Valley computer hardware company to one of the planet’s most highly valued companies. From the iPod to the iPhone to the iPad and many updates to the Mac, Jobs was able to set a vision-centered and outcome-focused environment in Apple. Focusing less on being ‘nice’ and more on results, Steve Jobs was able to inspire a team that has revolutionized the way the world communicates and handles ideas.

Lesson #5  Effective leaders communicate through their own personal story

Molested when she was a teenager, Oprah Winfrey grew up in bone grinding poverty. Still, she didn’t let her personal challenges get in the way of her ambition of becoming a TV news anchorwoman. After finishing college and landing a night time co-anchor spot, her great personality and piercing questions made her a natural for daytime talk shows. She later started Harpo Productions to produce and manage the famous daytime TV talk show bearing her name.

The greatest leaders are able to inspire greatness when their own personal stories line up with their own competencies. While leaders don’t need to share Oprah’s bleak past, they can inspire their followers to next level performance through personal stories that appeal to the need to reach for higher and higher goals. When paired with a leaders’ accomplishments, inspiring personal stories act as lessons and group rallying points that your teams can tap into for consistent motivation.

Keep the 5 leadership lessons above in mind from some of history’s greatest leaders. History’s greatest leaders can fill a neverending list, and we may never agree on who should be considered “great”. But they all have one thing in common. We can all draw inspiring lessons from their lives to take our own performance to the next level. Likewise, if you want to be a great leader, focus on inspiring your team to overcome, rise above, and reach for the stars. 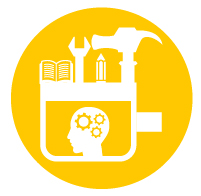 Below is the list again for those with short memories or who can’t be bothered to scroll up. Yes, these lessons are from some of the greatest leaders of our time. But these lessons are not just leadership lessons, they are life lessons for all of us.

If you enjoyed this blog post or if it made you think, that’s sweet. Join the Leaders Toolbelt community and get more engaging blog posts, tools, and tips that help you grow as a person and as a leader. If you are already part of the LTB community, show leadership by helping others. Share this article on LinkedIn, by email, or by other social networks to help others and grow our community. 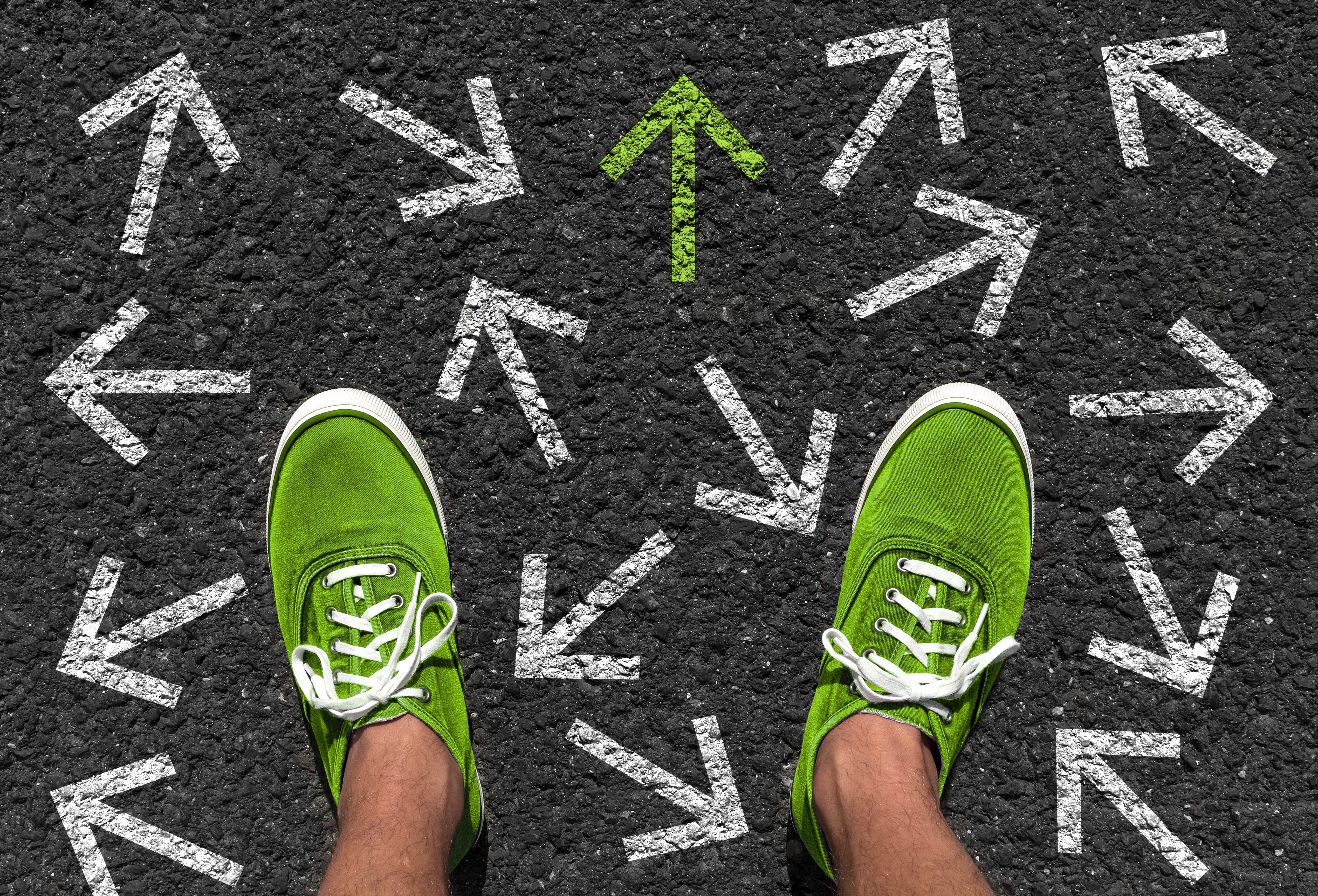 9 Must-Have Job Skills You Can Use Anywhere 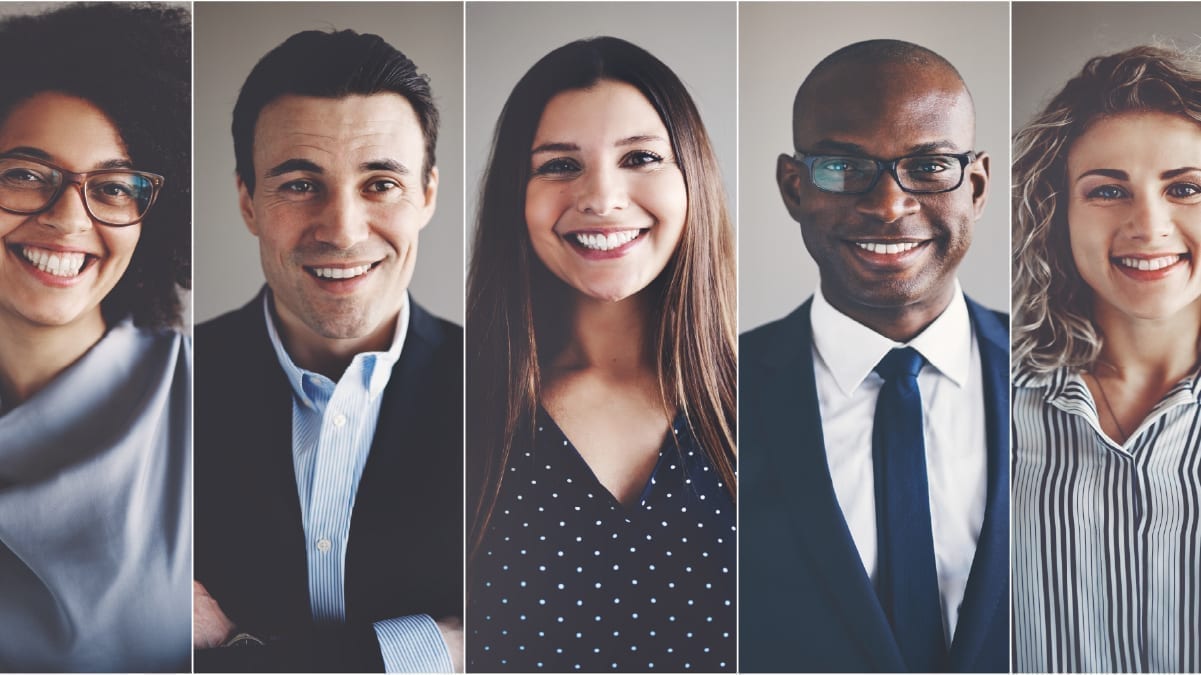 10 Leadership Styles You Should Know 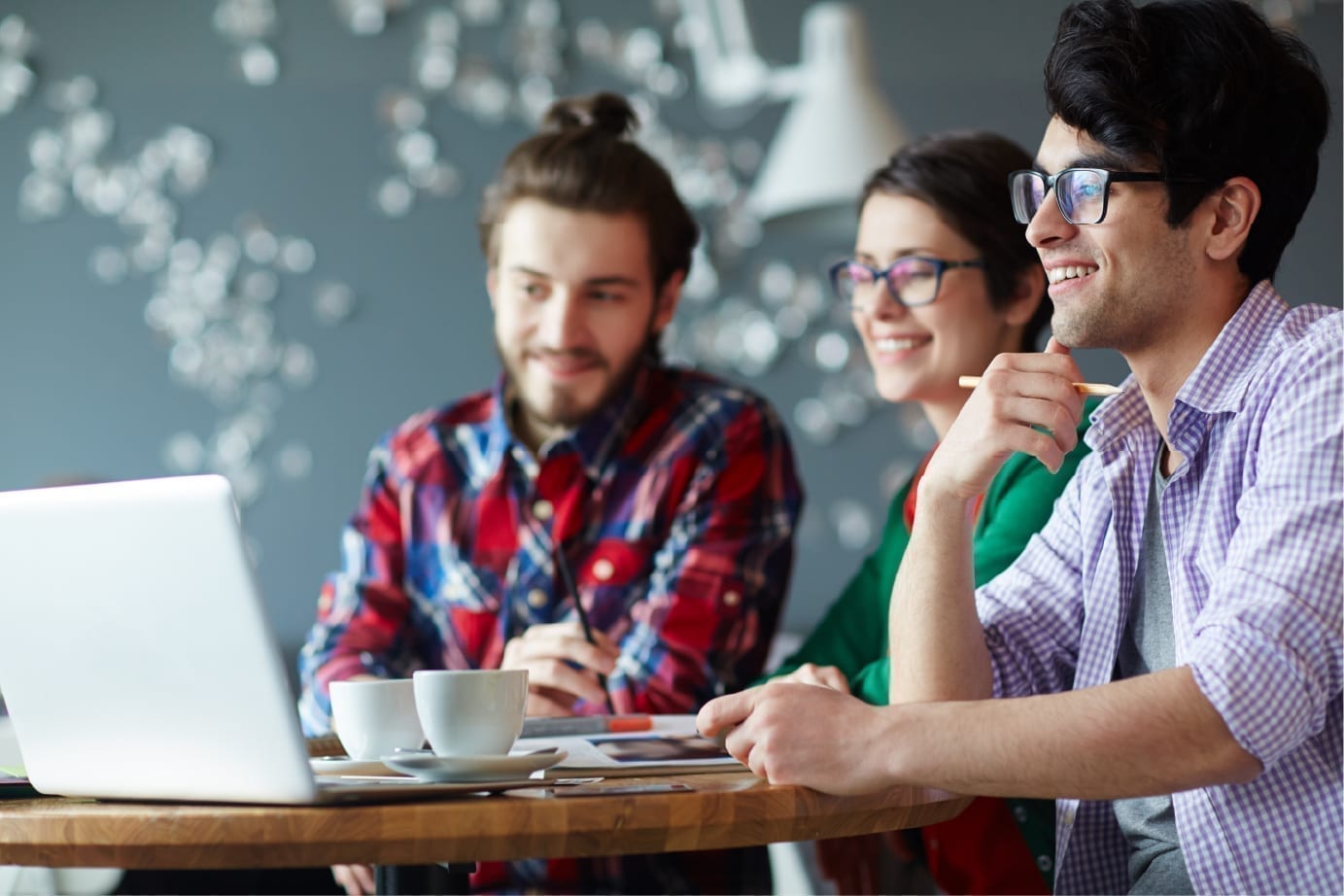 The 17 Most Inspirational Videos to Inspire Better Leadership 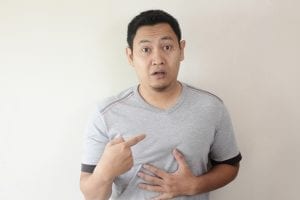 Are the Best Leaders Born or Made? 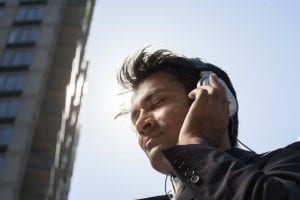 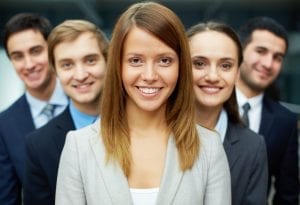 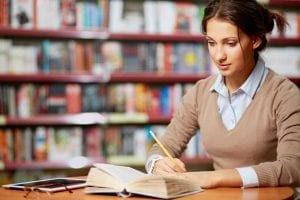 11 Books Every Great Leader Should Read (or Return To) 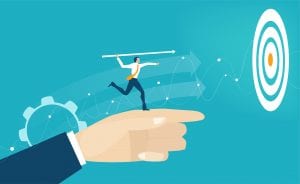 What is the Situational Leadership Style? 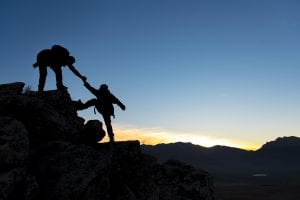 What is the Servant Leadership Style? 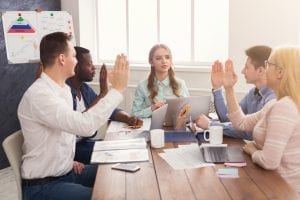 What is the Democratic Leadership Style? 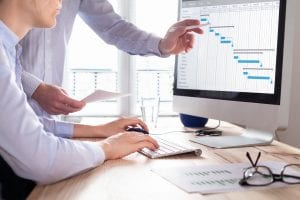 What is the Supportive Leadership Style? 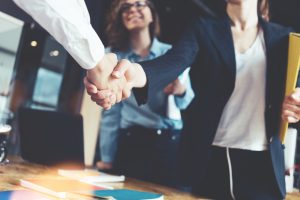 What is the Transactional Leadership Style? 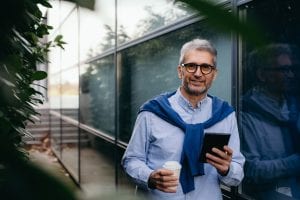 What is the Laissez-faire Leadership Style? 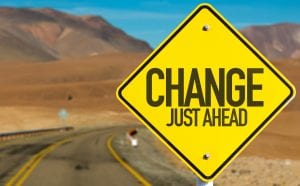 What is the Transformational Leadership Style? 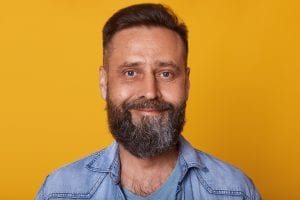 What is the Charismatic Leadership Style? 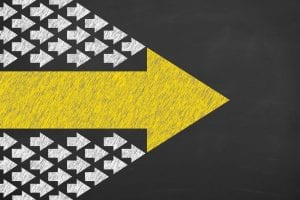 What is the Autocratic Leadership Style? 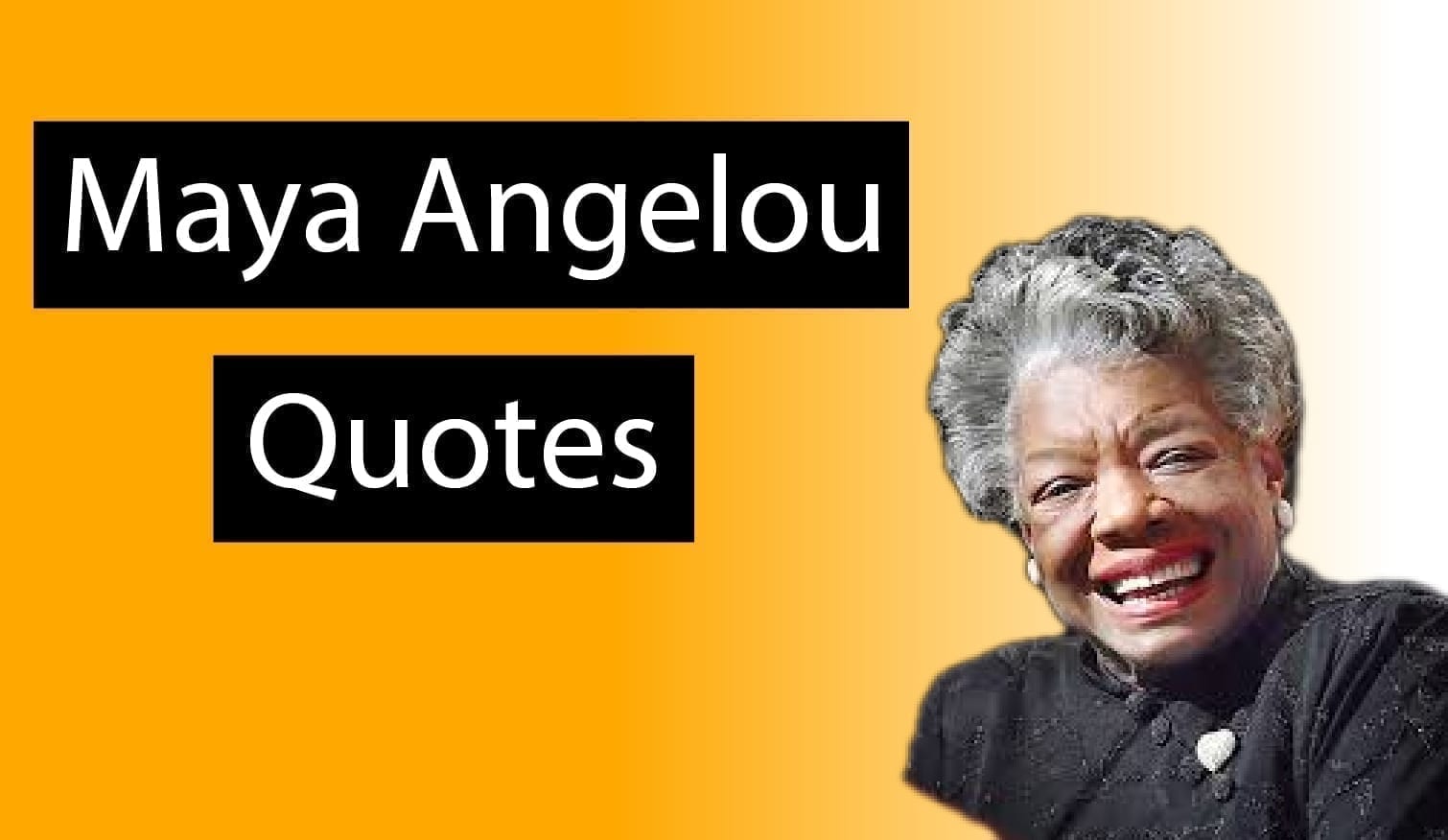 The 20 Best Quotes from Maya Angelou 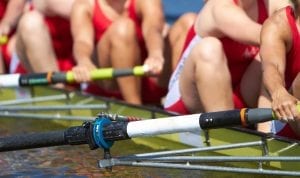 29 of the Best Sports Quotes for Leaders 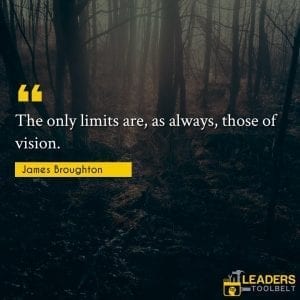 The 40 Best Innovation Quotes for Leaders 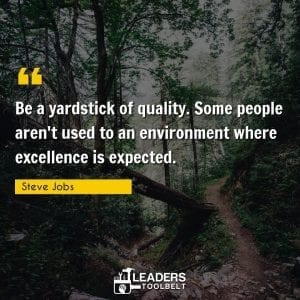 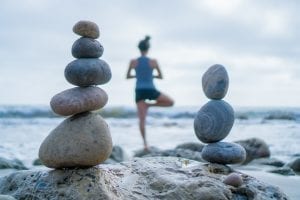 POC Principle: The 3 Words that will Change Your Life for the Better 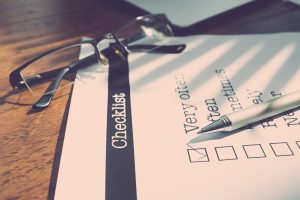 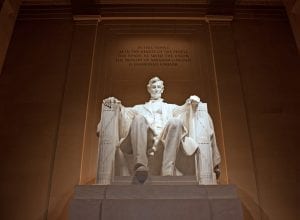 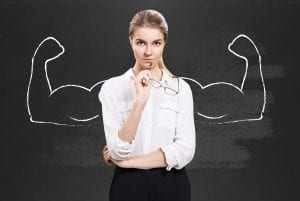 GOAT: The 10 Greatest Leaders Ever ― Let the Debate Begin

We use cookies to ensure that we give you the best experience on our website. If you continue to use this site we will assume that you are happy with it.OkPrivacy policy